Sunil Grover had earlier shown his willingness to return to the show. “If God’s will is there, it will surely happen. His (Kapil Sharma) show is coming and my good wishes are with him. Kapil is a great entertainer who makes people laugh. If God wants we will surely work together some day,” he had said.

The comedian had said that he is grateful to the show for giving him unmatched fame and has all the happy memories working with the show’s team.

And if you ask Sunil who he thinks is the comedy king in the industry, he will say it’s none other than Kapil Sharma. 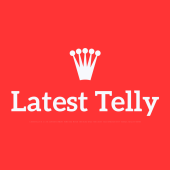 When Hrithik could not tell the meaning of ‘Dihadi’ daily wage, then Kapil Sharma had some fun